Citizens asleep at the wheel in the Post Industrial West 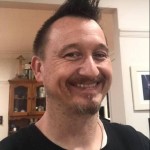 The pandemic has highlighted the sickly state of the citizenry of many western nations. While we have been dozing, our values and the institutions that were originally designed to uphold them have been undermined. Ideology, rather than an empirical pursuit of knowledge and understanding has become the main driver of influence in our education systems and government bodies.

The ease with which Western governments brushed aside inalienable rights of citizens using strategically designed legislation was nothing short of shocking to those who value those rights. Through the use of fear, confusion and questionable data modelling governments were able to not only remove those rights but also create a chorus of support from sections of the community who have come expect the government to reach into their grab bag of social science theories every time we face societal challenges.

This process has also been cheered on by large sections of the mainstream media and corporations, with opposing points of view in this sphere tantamount to window dressing. By and large, government, large corporations, the media and big tech have presented a narrative around the problem posed by the pandemic, the public reaction to that problem and the solution for it that can only be explained as collusionary.

No comments to show.

Citizens asleep at the wheel in the Post Industrial West